We’re halfway through 2019… how crazy is that?! To mark the occasion, I though I would revisit my New Year’s Resolutions and take a note of my progress (or lack of) so far. The realisation that 6 months has already passed has given me a slight kick to get done what I hoped to get done. 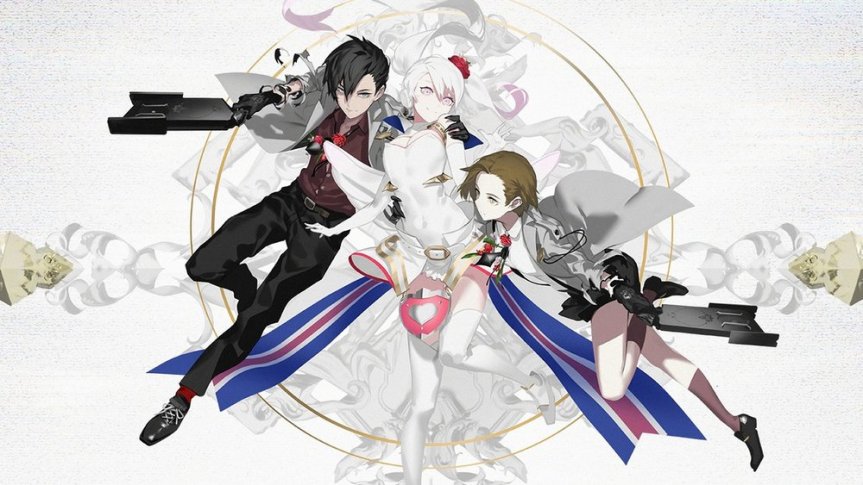 I think this was a little ambitious although I did say I would be happy if I finished 30. So far I’ve completed 12, so 30 is probably more reasonable. I have another 4 currently in progress with plenty more added to the priority list. Although I specified these games being from my backlog, a few of these are in fact new releases or games I’ve purchased recently. I think I’ve been on the go slow because I seem to have been distracted with achieving 100% completion on the majority of these games rather than just concluding with a single story playthrough.

I feel neither here nor there about this subject. I’m definitely posting more Tweets than I used to, but I’m not really networking as much as I aspired to. I don’t seem to be posting as frequently on my blog either but that doesn’t mean it’s fizzling out. I’ve got loads of other stuff planned (including an upcoming Steam Curator page), I’m just being a little slower than usual!

As much as I’d like this to happen, it’s unlikely it’ll get started this year. I think a YouTube channel will work better when I have a little more time to work on getting it going. Realistically, YouTube will probably be something for later on in 2020 when me and my boyfriend will hopefully get our own place, giving us plenty of time to tackle this as a joint project. I think that sounds way more fun!

I managed to get a blogging series up and running! Although it wasn’t the original idea I had in store for the blog, I’m pleased that I’ve found a way of bringing regular content here once a month aside from my monthly summaries. I still hope to get my other idea going sometime soon, but I’m not putting any unnecessary pressure on myself.

Me and my boyfriend are still currently planning our trip to Japan. I honestly thought we would’ve nearly finished by now, but I feel like we’ve barely even scratched the surface. There’s so much we want to do in the short amount of time we’ll be able to have over there and I want everything to be as perfect as we can get it. Since I’ll be forking out a lot of money for this trip, I don’t want to miss anything out. It will be the trip of a lifetime – exciting but nerve-wracking.

I need to focus more on my Japanese language studies. I feel like I’ve barely achieved anything in the past few months and with my upcoming trip, this will be a very useful skill to have. I seem to be a little bit stuck in terms of what direction I need to go in to progress as there always seems to be a grey area no matter what I try to learn.

I’ve been picking my guitar up again recently, leading to the purchase of a brand new Limited Edition PRS SE Custom last week! I’ve barely played at all since leaving uni 3 years ago, but since acquiring a more permanent position working in a guitar shop last year, my guitar playing is way below par. I decided to treat myself (and make good use of my staff discount) by upgrading to a guitar with way higher spec… it’s absolutely beautiful!

Blogging. This probably should have come first, but I’m feeling a little uninspired right now. I realise content on my blog has become less frequent, but I always told myself I would never pressure myself to create content if my heart wasn’t in it. Of course, I’ll still be posting, but I’m not going to write for the sake of it. I have a review of The Caligula Effect: Overdose and Dragon’s Crown Pro in the making, but my main focus is just to try and play as many games as I can this year which unfortunately means my posting has taken a backseat. I don’t plan on disappearing though, it’s highly unlikely that will happen in the foreseeable future.

Go follow me over on Twitter for more frequent updates. I have a completions thread over there too so you can see how many games I’m finishing and how far away I am from my goal of 40!

I’m satisfied with my progress so far, but I really hope I can focus a little more on other things that are important to me besides gaming. As much as I love playing and blogging about games, I feel like this has become the only thing I do whenever I’m not at work in order to make as much progress as possible. I’ve realised that time is passing by so fast and there’s still so many things I want to improve on, learn and experience within the next year. I think this progress report as been just what I needed to get myself back into focus!