Welcome to the first bonus episode of [11:11] especially for #AniMay! After seeing a few posts on Twitter, I decided I really wanted to make my own anime list and thought fitting it into [11:11] would be a cool idea. However, I ideally wanted this series to revolve around gaming so I’ve decided to add in an extra post as part of a subseries (which may receive additional chapters later in the year).

Although I like to keep my blog focus specifically on gaming, I do like to talk about other interests I have such as anime and music every now and then. Since I enjoyed doing the 30 Day Anime Challenge last year, I thought this would be the perfect opportunity to revisit the topic.

So, for #AniMay, I present a list of the previous 11 anime I’ve watched – rated from my least favourite to the anime I enjoyed the most!

After watching the previous two series of Food Wars, I was really excited to get onto the Third Plate… only to be incredibly disappointed. Apart from it becoming ridiculously predictable, it didn’t even have an ending. Now we’ll have to wait until the next Season to find out the conclusion to the group Shokugeki (that isn’t really a group Shokugeki). It’s a real shame, especially since I don’t think I have it in me to sit through another series of this. Back in January, I played Idea Factory’s Amnesia: Memories which I later found out to also have an anime adaptation. After finishing the game I desperately wanted to watch the anime to pick out the differences (as I do) and although I didn’t dislike it, the anime really was no match for the game. The visuals weren’t particularly pleasing and obviously sections of the story were cut out or altered slightly to tie in with episodes, but the voice actors were the same which I appreciated. If this interests you, I suggest you opt for the Visual Novel over watching the anime. You can read my Amnesia: Memories review here! Not my usual choice of anime, but it was actually alright. Living with monster girls as part of an exchange programme seems like a challenge, but this vast mix of characters works well – each with their own wonderfully unique design. From what you can probably expect, it doesn’t go without themes of a sexual nature, but there’s nothing particularly explicit. It’s not an anime I’d express an interest in watching another series of, but it contrasted immensely to other anime I was watching around the same time, providing some well needed variety.

This film clearly aspires to be a Ghibli creation, but unfortunately didn’t quite get there. Although I enjoyed the film, I got the same feeling I did when I watched Studio Ghibli’s take on Arrietty. I don’t know if it’s something to do with Japanese film companies making anime adaptations of old English novels, but it just didn’t really work for me. I watched the film in Japanese and felt like the voices really didn’t suit the setting so I tried out the English version only to find the English voice acting was truly awful. I’d probably watch it again, but overall it was a bit underwhelming. Cells at Work is the most recent addition to my completed watch list. The concept behind this anime was a unique idea that brought together a refreshing mixture of entertainment and educational aspects along with likeable characters. Each episode was directed at a different illness and portrayed how the human body would react to fight it… in anime form. The character design suited the purpose, and I was especially fond on the Red Blood Cells’ hats. However, I feel really sorry for the unlucky soul whose body this is.

Junji Ito is certainly one of a kind. This collection includes a selection of short stories inspired by the manga. As much as I enjoyed the anime, the strong points lie within the incredibly weird but wonderful storytelling of the manga and not within the anime adaptation itself. As the stories don’t follow on from each other they can seem a little random, but I’d say it’s definitely worth a shot if you’re a fan of horror anime.

5. High School of the Dead 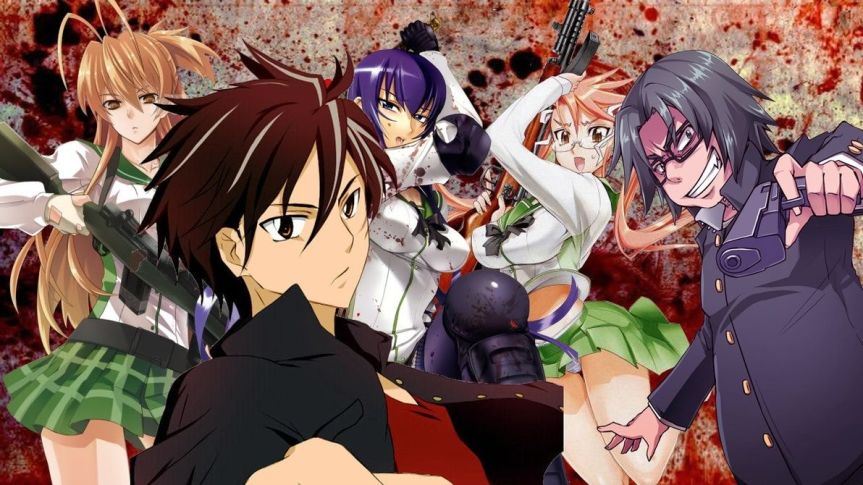 It honestly seems ages ago since I watched HotD. Although I generally find zombie fiction to be pretty dull, this anime was surprisingly good and I enjoyed it way more than I ever imagined. The fight scenes were the main selling point for this anime with really well animated battles and interesting viewpoints / camera angles. The characters were varied and likeable – an unlikely group that pitch in together in order to survive. I enjoyed the plot but it’s unfortunate it was never finished due to unforeseen circumstances.

I actually rewatched both Demon of the Fleeting Blossom and Record of the Jade Blood last week after acquiring a brief Hakuoki itch. I played through Kyoto Winds and Edo Blossoms last year and the events of the anime follow the main storyline of the Visual Novels nicely. I’ll admit the anime isn’t the best I’ve seen, but since I’m a huge fan of the franchise, I enjoyed the anime enough to revisit it. The best part was having the same voice actors for the characters – if they’d have been different from the game then I think I’d have bailed. It’s a decent 22 episode substitute (both series) instead of revisiting the Visual Novels which racked up around 120 hours in total. 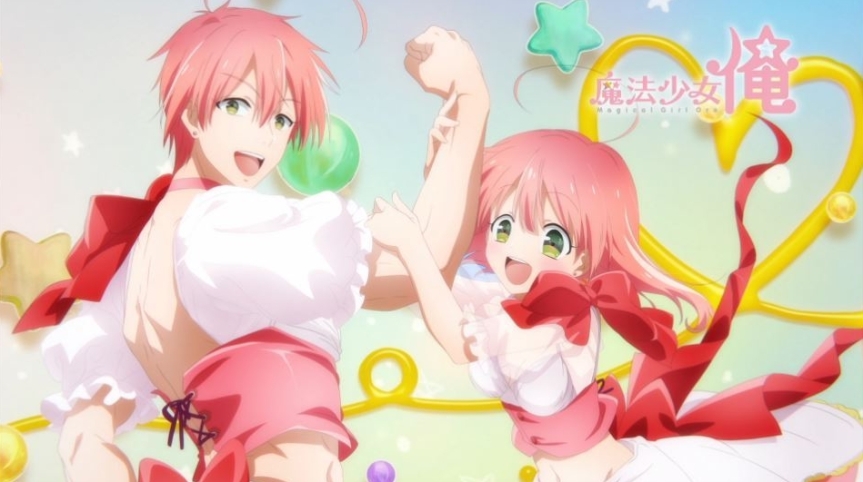 A super fun, refreshing anime filled with light-hearted humour, action and romance. After watching Junji Ito, this was a massive contrast on an entirely different spectrum which probably made me love it even more. It was pretty stupid at times, but it made me laugh and reminded me slightly of Love Tyrant. The plot as a whole was brilliant, so if you like idols, comedy and a balanced mix of reality and magic then this is a great anime to watch!

Hyouka has really gone to town with the art design and animation. It has the most stunning visuals I’ve ever seen in an anime series, so much so that I’m willing to overlook the use of royalty free music. Although the story does lack in a few places, appearing to have minimal outcomes or going off on a tangent, the character progression is exceptional. I adored the bond between Chitanda and Oreki, the way they come together is great to watch, particularly with Oreki’s character arc. I can see many similarities between myself and Oreki so I feel like I connected quite strongly with his character. This is a wonderful slice of life anime with incredible visual production – it didn’t take long to become one of my favourites.

Goblin Slayer has been the best anime I’ve seen in ages, definitely reaching the top segment of my favourites list. Everything about this series was fantastic and I don’t think there’s a single thing I would want to change about it. I loved the story progression and the way all the characters were working together for the main story plot, yet here we are following a group of adventurers killing Goblins with that sidequesty feel. Goblin Slayer’s character arc was endearing to watch alongside all the violence of the quests, providing a great balance of storytelling. The voice actors were well cast and the soundtrack was also incredible (Soraru did the ED though so of course it would be)! All I have left to say is, “Where’s Season 2?”!

That’s all for this bonus chapter to [11:11]! I hope to add a few more of these chapters throughout the year if I find topics to make lists on. I’d love to hear if you have any suggestions! The [11:11] series will continue with a regular post on 11th June.

Let me know your thoughts on these anime in the comments or feel free to share your favourites too!