I can’t believe it’s time to wrap up the 30 Day Anime Challenge already! This post contains the final group of questions created by A Geeky Gal. It has been an incredible blogging journey and I’m so glad I’ve taken part, what’s more is that I’ve actually stuck to the schedule this time and I’m so proud of myself!

Saying that, I am posting this a day early due to my Monthly Summary being scheduled for tomorrow. What can I say, I just don’t like putting out multiple posts on the same day if I can help it!

Day 26: Who is your favourite anime villain?

This was a tough one, but I think Re:Zero‘s Betelgeuse Romanee-Conti is probably my favourite villain. His character design is brilliant and different to that of other villains you typically see. I mean, just look at that face.

He’s absolutely insane. Seeing the way he moves and contorts himself even while he’s talking makes for gripping content to watch. The way he reacts and the things he says are so entertaining yet abnormally creepy and unnerving. His ability to control people is also quite terrifying but his character has something special that is unlike any other I’ve witnessed which is what makes him my favourite. He is truly slothful.

I don’t normally like to compare myself to others, but I’d probably say I’m the female equivalent to Houtarou Oreki from Hyouka. “If I don’t have to do it, I won’t. If I have to do it, I’ll make it quick”. Sounds just like me… terrible, I know.

I’m one of these people that doesn’t take much interest in things, but when I do find something I’m interested in I’m 100% committed, similar to how Oreki is with Chitanda’s curiousness. I like to think I’m a decent problem solver and logical thinker and when I put my mind to something I tend to be pretty good at figuring things out.

I don’t have many friends either and I consider myself a loner, a bit like how Oreki is socially and I relate to him doing his own thing rather than following the crowd. He also had that one person in the form of Chitanda who made him think differently and want to change his ways, similarly to me and my boyfriend. I’m often caught resting my head on my hands and playing with my hair when I’m bored or deep in thought too, so we’re even similar in that respect.

Day 28: What anime has the best fight scene?

I don’t have a particular scene in mind, but Jo Jo’s Bizarre Adventure was certainly full of incredible action scenes. I wasn’t a huge fan of this anime to begin with, but I got into it the more I watched and I ended up preferring the second part with Joseph over the first with Jonathan. 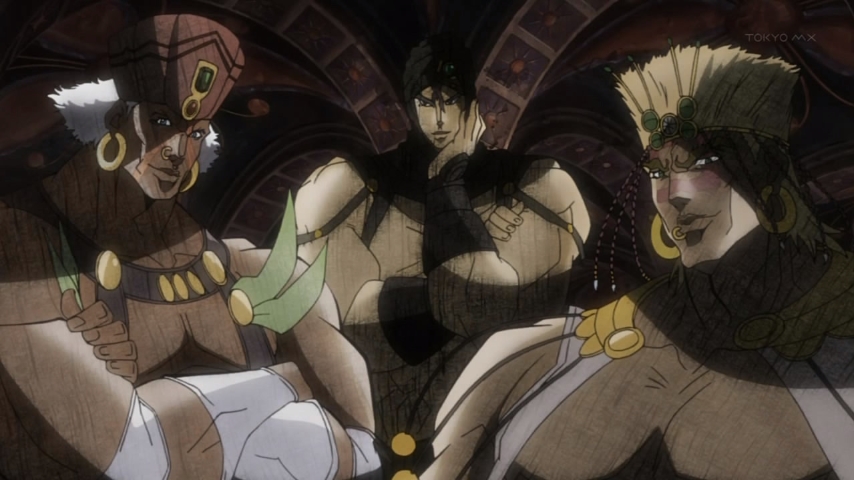 Action scenes were a major part in this anime and they were all really well played out from what I remember, especially those involving the Pillar Men. There was a particular scene involving a Chariot that I remember being awesome, but the whole series was packed full of wacky ideas for fight scenes.

Day 29: What anime scared the crap out of you?

Although the anime I’ve chosen for this category isn’t of the horror genre, I found some of the suggested themes rather terrifying. I recently watched Prison School, a story about an all girls school who accepted 5 male students for the first time. After they were accused of “peeping” on the girls, the boys were put into the school’s prison to serve their punishment. 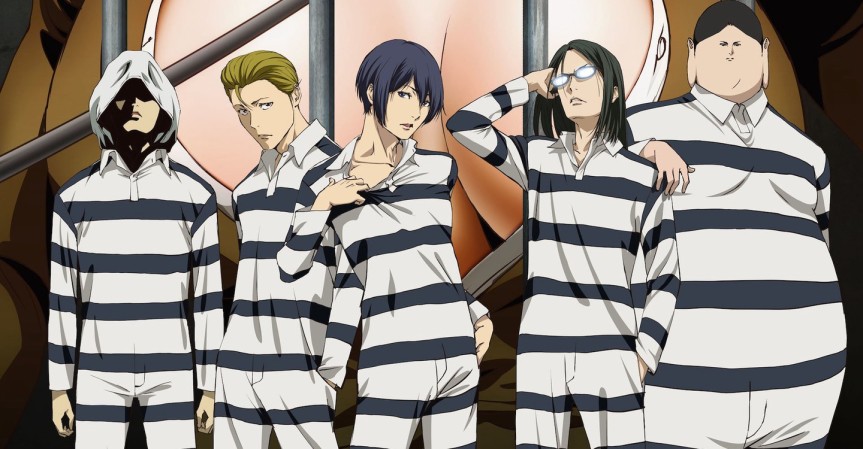 This anime scared me for a few reasons. Firstly, what is going off with Andre’s head proportions…? Secondly, some of the NSFW content is a little too much with some unnecessary camera angles in certain scenes. Thirdly (the main reason), the three girls in charge clearly didn’t want the boys enrolled in the school so tried to do everything in their power to frame them even further in order to get them expelled.

When you think about it, someone having so much power over your future is terrifying and this could honestly happen to anyone. The lengths that these guys go to in order to remain from expulsion is pretty drastic and the way they are made to feel guilty about events that have been set up is cruel. The ways in which someone could impact your life for the worst is horrifying whether it be for revenge or just for their benefit alone, being in a situation like this that is totally out of your own control scares the crap out of me.

Day 30: What anime did you think you wouldn’t like but ended up loving?

Usually I’m a pretty good judge when it comes down to knowing what I’ll like. Although there have been a few anime that I’ve enjoyed more than I originally thought, I wouldn’t go as far as saying I loved them. After playing Hakuoki: Kyoto Winds and coming across an anime adaptation, I decided I needed to see it. Honestly, I wasn’t expecting much due to it following a game that took me over 60 hours to fully complete, but I was pleasantly surprised.

The story follows Hijikata’s route with a few bits from other routes mixed in. Unfortunately, the anime doesn’t include the 3 bonus characters which was a shame, but the story followed closely enough to the game otherwise. I was also concerned at where the first season of the anime would end considering I hadn’t started the second game at the time, however, I was relieved to see it also ended in the same place as the first game did.

The best thing about this anime was that the characters’ voices were the same as in the game and some of the CG art was also adapted into scenes. This added so much to the anime for me and kept the characters alive and familiar. My boyfriend watched it with me (who hasn’t played the games) and he didn’t enjoy it very much, so I feel like this anime is one for those who have experienced the visual novel first. I’m so pleased I found this series and I can’t wait to watch Season 2 once I finish the game!

Thankyou to everyone who has stuck with me during the 30 Day Anime Challenge! I hope you’ve all enjoyed the journey just as much as I have.

You can see the full question list by following the link above and you can also check out Section 1, Section 2, Section 3, Section 4 and Section 5 here! Also please go take a look at Megan, A Geeky Gal’s 30 Day Challenge and check out her questions throughout the month.