Patch 5.12 is the next update to come to Smite. This patch is quite small due the LANs using 5.12 and the Mid Season Patch is coming with 5.13 in a few weeks. Patch 5.12 should be released for PC on Tuesday 10th of July and Console on Wednesday 11th July going from the schedule of previous patch releases, although there has been no official announcement from Hi-Rez.

*Edit: 5.12 will be released on PC on Monday 9th July and console at a later date.

Primal Fire Ares is the first skin introduced with this patch and the only skin released outside of the Divine Uprising event. This skin will be part of a bundle, probably 600 gems, which comes with the Primal Fire Recall skin and Ward skin. The team have been working on the proportion of Ares’ hands and arms to make them look a little more realistic for this skin, so maybe that’s something we’ll see more of in the future.

Baroness Izanami is the first of three skins being added to the Voodoo chest this patch as part of the Divine Uprising Event. I really like this idea for a skin and I think the way they have tried to make her look like Baron Samedi has been executed well. The voice pack is fitting and the ability effects and colour scheme look fantastic. Even though I own the Dreadful Doll skin, I think I’ll try to get my hands on this one!

Cyber Fox Da Ji Is the second skin being added to the Voodoo Chest. I really like the colour scheme and the ability effects of this skin, but it looks so much like Sombra from Overwatch. Da Ji is my 2nd most played God so I’m sure I’ll be picking this one up. I don’t think the voice pack suits her character at all though, and I feel like the colours on the actual skin could have been made brighter like on the card art.

Shadow Spirit Ah Puch is the final skin to be added to the Voodoo Chest. I was actually really excited when I saw this one as it still portrays Ah Puch’s character well and the ability effects fit the concept well too. However, I really dislike the voice pack… it does not suit the character at all and it just generally lets the skin down.

Fantasy Point Tipping has been removed due to a new “positive player reward system” being introduced.

Gems are currently on sale until 4th July with price drops of up to 35%. If you’re wanting to get your hands on the T5 Divine Dragon Bellona skin, then now is a good time to pick up some gems! 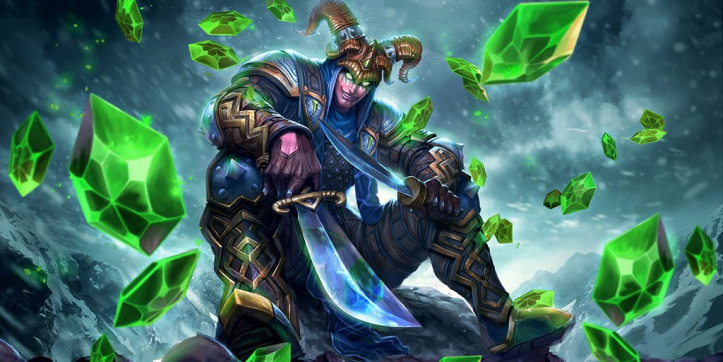 Loki will also be removed from the game on Wednesday 4th July. If you hate dealing with Loki on the enemy team, then this is the day to play!

Voting for the Odyssey 2019 T5 skin has also been taking place this week. The final 2 Gods have been announced and concept suggestions and submissions are currently taking place. Check out my Odyssey 2019 T5 Skin Vote post for all the information and links you will need to submit any ideas you may have!

As always, here’s a link to the Official 5.12 Patch Notes!