The second expansion, Path of Fire, for Guild Wars 2 was release a week ago. This expansion takes you on a journey to the Crystal Desert with 5 new areas to explore (and they are pretty big). This expansion also introduced mounts to the game as well as 4 new mastery tracks giving you 40 new mastery levels!

I didn’t get round to playing the game until 3 days after the release, but I’ve had plenty of time over the past few days to really get into it and I now think I’ll be able to give some decent reports on the expansion so far.

So, let’s start with the positives: 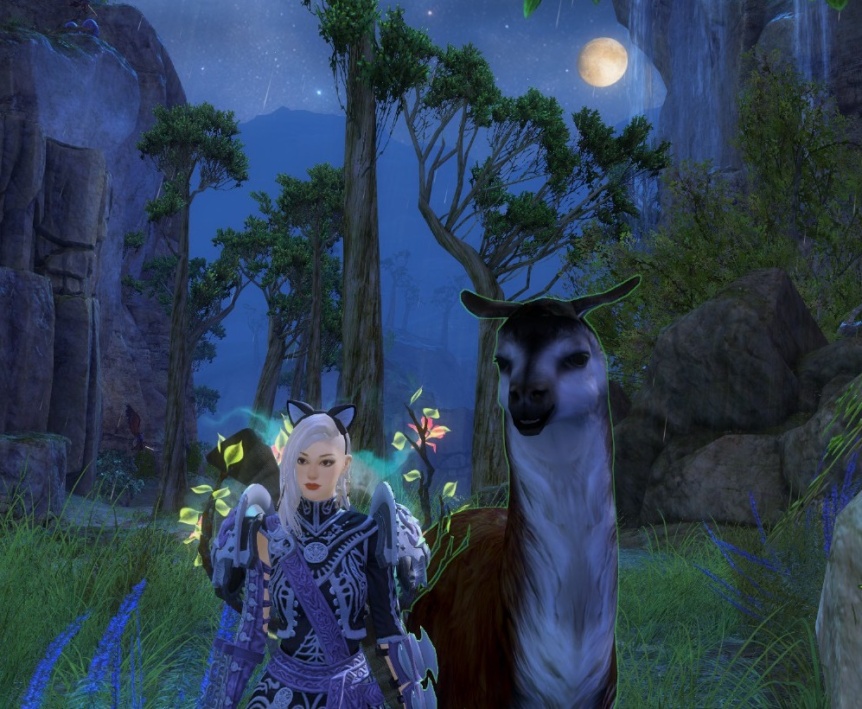 Now for the negatives:

Although I was a little frustrated and disappointed with the last story instance, I’m eager to play more and finish the story so I can begin to fully explore the new areas with all the new mounts. Maybe I might even try to unlock the “secret” Griffon mount, but I’ve heard you need at least 250 gold to start with! Might have to go back to leather farming…

Slightly later this week with this post, I do apologise. I’ve had a difficult few weeks but now hopefully I can start getting back to normal. I didn’t even have time to watch the Patch Notes show this week so I’ll have to stick to the basics.

As always, if you haven’t seen the Official 4.18 Patch Notes follow the link.

There are 3 Odyssey skins added with this patch and a new direct purchase skin for Nike.

The two purchasable skins as part of the Odyssey are Belly Ache Ymir and Inu Gami Fenrir.

I don’t even know what this skin is… it just looks a mess to me and the textures aren’t great either. This concept just doesn’t fit with anything else within the Smite game, so personally I really dislike this skin.

The new Inu Gami skin for Fenrir is quite nice, but quite plain. I’m not a fan of Fenrir myself so I’m not sure if I’ll be picking this one up. I really like the card art background though, it would’ve been nice to see Fenrir drawn in the same style.

The Sequined Sadist Da Ji will be an Odyssey bonus reward for reaching Odyssey level 6 (21,000 Odyssey Points). I was really excited about this skin when I heard about it as Da Ji is one of my favourite and most played characters. Although I really like the concept for this skin, it is only a tier 2… so no custom effects or voice pack *cry*. This irritated me since she already has a tier 2, but mainly because this is the alternative reward to the Old Wa skin last year which cannot be compared to that! It should have been a tier 4 skin.

There have been tons of bug fixes for Gods, items and miscellaneous issues in this patch, far to many for me to list here so check out the Official Patch Notes for those updates.

Corrupted Arena will also end with the introduction of this patch so make sure you get all your rewards while you still can!

Hello everyone! I’m taking this post in a totally different direction this time to let you know my plans and ideas (mostly ideas at this stage!) for this blog in the future on a more personal level.

I haven’t posted in a while as I’ve barely had any free time this week due to working extra hours and family commitments. It’s also my birthday this weekend so it’s unlikely I’ll have enough time to invest in another Guild Wars 2 Aurora post for the next few days – hence why I’m writing this.

I’ve been here just over 6 months now and I’m honestly surprised at how well this is going and how much I’m enjoying writing these posts. I have no problems admitting that these posts take much longer to produce than I originally expected, and some of the long Guild Wars guides can keep me busy over a few days, but I love writing them and I hope at least a few of you enjoy reading them!

Running up to the new year, I plan to start a YouTube channel with a friend to run alongside these blogs and take the time to play/write about some different games other than Smite and Guild Wars 2. Of course I’ll still be doing those, but I don’t just want to stick to what I know anymore and I hope to broaden my horizons by trying games that I wouldn’t normally choose to play. After all, it’s always good to challenge yourself!

I’d love for you all to get involved so if there’s anything you want to see or know then please feel free to ask. If not, then no problem! Sit back, enjoy and please don’t be afraid to say “Hi” (I don’t bite)!

It’s time again for another patch notes post! This time, patch 4.17: The Odyssey will be coming to the game for PC on 12th September and Console on 19th September. This is quite a small patch, so I’ll try and keep this short

As always, if you haven’t seen the Official 4.17 Patch Notes, follow the link!

Hachiman (Lord of the Eight Banners) is a Japanese Hunter.

Passive: Master of Arms – Hitting enemies with basic attacks gives Hachiman a stacking MP5 buff. This buff grants 2 MP5 per stack which can be stacked up to 8 times and last 8 seconds.

Ability 2: Heavenly Banner – Hachiman drops a sacred banner, damaging enemies it falls on and granting Hachiman bonus attack speed. The banner remains on the ground, giving an attack speed bonus (5%-15%) to anyone stood within its radius, including even more bonus attack speed for Hachiman if he is also stood in this radius. Cooldown – 13 seconds.

Ability 3: Iaijutsu – Hachiman dashes forward and draws his blade, swinging it in a circle around him and damaging anyone in range. If an enemy god is hit by both the dash and the slash, they will be stunned for 1 second. Cooldown – 18-16 seconds.

Ability 4: Mounted Archery – Hachiman calls his horse to battle, mounting it and draws his bow while gaining CC immunity. Having only one shot, Hachiman can chose when to fire within the next 4 seconds. If Hachiman hasn’t fired before the timer runs out, he will fire on dismount. The shot with fire and hit all enemies within the cone and slow them for 25% – 45%. Cooldown – 90 seconds.

The Odyssey is returning this patch with the first 3 items, Void Piercer AMC, Storm Tech Chaac and a Thoth Avatar. For more info on the Odyssey please see my Odyssey Information post here for everything you need to know. I’ll be adding to it each time new items are released so be sure to keep checking back for all the up to date details.

Only 2 other skins have been added this patch (other than the Haichiman recolour).

Artio has a tier 2 skin this patch. This is a nice skin with a darker colour scheme and her bear form is black with green markings.

Nu Wa also has a new skin, and… it will be directly purchasable! Nu Wa finally has a non-exclusive skin which I’m sure the community will be happy about! This has a very similar theme to the Thoth Vizier skin, although it does sort of look a little like The Morrigan.

The Odyssey will be replacing the Summer of Smite event, so make sure you’ve purchased all the skins you want as they will disappear with patch 4.17. That also means if you want the Bearly Buzzed Bacchus skin, now is you last chance before it will be gone forever!

Corrupted Arena will also be finishing soon with patch 4.18. You will still have a few weeks left to play this Adventure and earn all your rewards before Adventure 5 begins.

The Smite Odyssey 2018: The Fall of War has been officially announced and will be coming with patch 4.17! I’ll be adding to this post every time something new is announced for the Odyssey, so keep checking back to see all the new card art and find out what other rewards and purchasable items will be available!

So here’s what we know about the Odyssey so far:

That’s everything from this year’s Odyssey! Frostfire Ullr is the final reward for reaching 98,000 Odyssey points. You will have to buy all 28 items to receive this skin unless you complete all 8 of the Pantheon Quest lines for the 8 free Odyssey levels. This then means you will have to buy 20 of the Odyssey items to be able to unlock this skin.

Aurora: Awakening is the first official step of the Legendary Trinket’s collections. After you’ve forged your Gleam of Sentience and purchased your Sentient Seed, you will have unlocked these collections. See my Aurora Introductory Post for more information about this.

END_OF_DOCUMENT_TOKEN_TO_BE_REPLACED

Lessons Learned is one of the four collection achievements needed to begin the collections for the Legendary Trinket: Aurora.